…more than just books on the shelves…

One Sunday morning when I walked in to work and had the library to myself, I noticed there was nice light in the stacks and got out my phone and took a couple of pictures. One of the perks of being in the library before it opens, is walking through the stacks undisturbed! 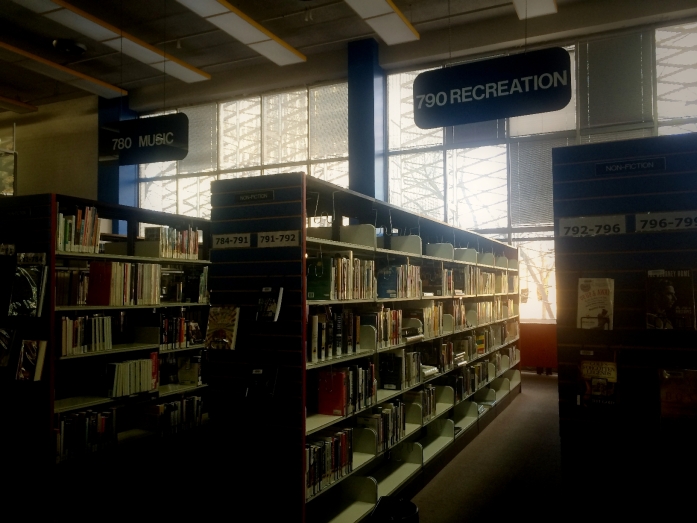 Fast forward to a few years later, and because of the recent provincial budget cuts, much will be changing in libraries in Saskatchewan.  The best part of what we had, was that no matter where you lived in the province, you had access to many of the same resources (books, music, dvds) as those that live in the bigger cities and towns. AND, you could put those items on hold and they would be delivered to your local library no matter where it was in the province. Saskatchewan’s a big place so that’s pretty amazing!

Just a few weeks ago, not only didn’t I think it was in jeopardy, but that the libraries would be forced to stop that service in just a few short months. It’s a huge step backwards.

Because the Minister of Education said a few weeks ago that bricks and mortar libraries aren’t relevant anymore, here’s one of my favourite quotes about libraries.

No matter where you are reading this in the world, particularly if you haven’t been to a library lately,  check out your local library’s website to see all the different programs and services that are offered.  I bet you’ll be pleasantly surprised.  Libraries are more than just books on the shelves.

← the sky is my endless fascination
up on the roof →

2 Comments on “…more than just books on the shelves…”