I spent a very frustrating day off setting up my new laptop. I had hoped to go out late this afternoon to try to take some fall scene pictures, but by then I was just frustrated, so that’s when I take to the kitchen!  I made meatloaf (which when you think about is a really unappetizing word), smashed potatoes (preheat oven to 425, cut small potatoes in half, boiled until slightly underdone, drain the potatoes, grease a baking pan, smash the potatoes until they look like a think pancake, spread a little oil on them, season with salt and pepper, and bake for about 25 minutes – first time I tried this and they were good!) and a salad of pickled cucumber, red onion and rutabaga.  The whole thing was pretty tasty.  While I was cooking, I looked out my balcony doors and saw this sunset… and the day was not wasted!  (and all my music and pictures are now on my new computer!) 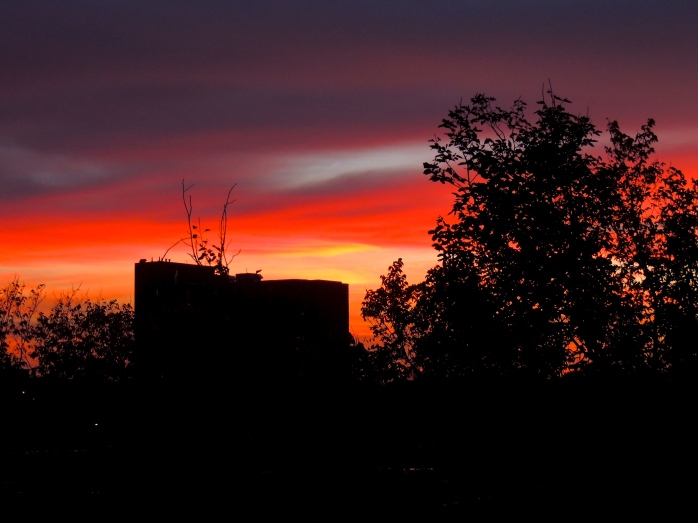